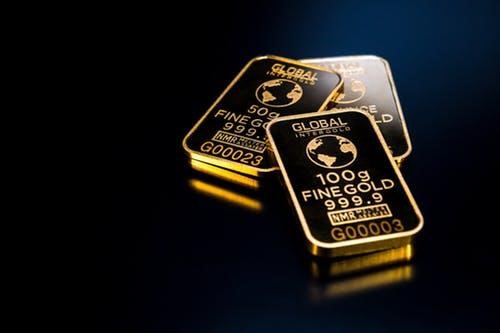 Unlike many other assets, the value of gold has been maintained throughout history. It is considered as a great way to preserve wealth between generations.

The Use of Gold Through History

A review of the history of gold shows that it has been used as currency throughout advanced civilization. Even with the adoption of paper currency, gold was used to back fiat due in part to the inflationary pressure inherent in it.

Since the Federal Reserve was created in 1913, the US dollar has lost 95% of its value. For this reason, the cost of living for many households has increased substantially.

Government spending is out of control in not only the US but in many other economies. Central banks will continue to print more money with time, further devaluing their currencies and making gold a more attractive option. When central banks print more money, savers and investors in bonds are exposed to more risk of losses as their investments lose value.

A Hedge against Government Debt

Central banks have not normalized their balance sheets since 2009. This is one of the main reasons why they may have to look to gold to hedge against their risks.

The financial crisis in 2008 reminded many of us of how many assets, including currencies are fake.The world economy crashed due to waves of overvalued assets, which in many respects were not real assets.

There are costs to holding gold which may deter investors but when weighed against the risks of not holding gold, may not seem as problematic. There is $17 trillion in negative-yielding government debt hanging over the global economy. Gold, for many , is the escape route from this as it is not linked to the health of the economy.

The Physical Features of Gold

The rarity of gold makes it more rare than other types of assets. A whole year’s worth of gold produced can fit insight a living room.

Gold is the least reactive of any metal. This means that it is not easily corroded by changes in environmental conditions. When transferred between different people, it won’t wear out as easily as paper or other types of metals.

It is also easy to manipulate which makes it easy to use it for production of different goods such as electronics, buildings, and statutes. The demand for gold in the economy is ever widening.

A small amount of gold can easily be used to purchase a significant amount of goods and services. Globally, gold is recognized as a medium of value transfer.