You know what most people are practically incapable of? Admitting that their opinions have changed. We tend to form an opinion and cling to it with every fiber of our being; if we once stated that we hate something, we forever cling to that hatred, oftentimes flying in the face of evidence to the contrary.  I think this tendency goes hand in hand with our fear of being wrong. No one likes to be corrected. We feel embarrassed that we ‘messed up’ and resentful that someone pointed it out. Obviously, an opinion, or someone’s feelings about something, can’t ever really be wrong–they may be irrational or biased, based on substandard information or something they overheard and are parroting back–but not exactly wrong. Enter Taylor Swift. 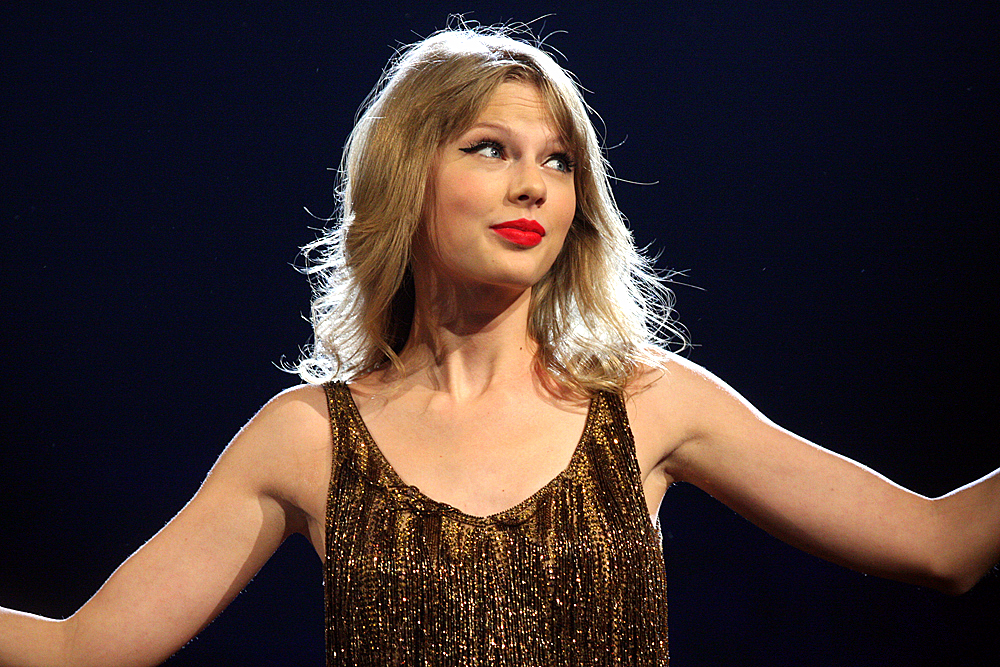 Taylor Swift found her big break when I was in high school. Her debut album ‘Taylor Swift’ spawned hit after hit- ‘Tim McGraw’ came out my junior year, followed by ‘Teardrops on My Guitar’, ‘Our Song’, ‘Picture to Burn’ and ‘Should’ve Said No’. All of them charted well and Swift became the youngest person to ever write and perform a song on the Hot Country Songs chart. I didn’t like a single one.

In fact, until her most recent album, ‘1989’, I was one of those girls who proudly wrote off Taylor Swift. “Ug, another song about relationships,” I would think when she came on the radio. Admittedly, I’m not a huge country fan. But honestly: I disliked that she almost exclusively sang about love and boys. Why was she so hung up on live and only a very specific type of love at that? Her ideal romance was boy meets girl, boy saves girl, then boy and girl get married. For someone like me, who is interested in challenging heteronormative stories, feels strongly that marriage isn’t for everyone and publicly identifies as a feminist, Taylor Swift’s songs were an annoyance. I thought she was sappy, country and lame, and I gladly labeled myself a non-fan.

Then, in 2012, Swift was asked point blank if she considered herself a feminist. Her reply: “I don’t really think about things as guys versus girls. I never have. I was raised by parents who brought me up to think if you work as hard as guys, you can go far in life.”

HELLO. WAY TO MISS THE POINT OF FEMINISM.

That reply bothered me for weeks. When people in positions of influence misidentify feminism it really drives me bonkers. Seeing my beliefs classified as ‘boys vs girls’ and constantly hearing in media feminists described as ‘feminazis’ or ‘man haters’ breaks my heart. Feminism is about equality. That is it. It’s about making sure that women, a group of people who have been historically disenfranchised, are brought up to equal measure with men.

Taylor Swift was 22 when she made that comment. Three years later, however,  her new album ‘1989’ has something totally new to say. ‘1989’ has a distinctly different tone from previous albums, and that is because Taylor Swift is a distinctly different person than she was. Swift is labeled in the media as a serial dater: comedians warn men not to date her because she might write a song about them. She is decried as lonely, boy crazy, just plain crazy, and a silly girl who only writes about her relationships. She is painted as having her head in the clouds, simultaneously shallow and obsessed with finding love. The media throws the same criticisms at her that I did in high school. Swift is punished for doing things male artists have done throughout music history. When Steven Tyler writes a song about love he is a poet. When Robert Plant wrote ‘Thank You’ it was an ode from the heart. When Taylor Swift writes the same sentiments she is vapid at best, untalented and narcissistic at worst. Above of she has committed the cardinal sin- she is a woman singing about her feelings.

One such criticism come from Rick Moody of The Rumpus: “…because her parents work in finance, and she has good manners, and she’s going to marry up, and she’s going to get into the movies (not just guest appearances in “CSI”), and she’s going to launch some clothing lines at Target (no, wait, I think she already did that), and a personal fragrance  (I think she did that too), and parlay all her bad press into some self-serious complaints, making good on every opportunity to monetize her career at the expense of making actual art.”

‘1989’ addresses these accusations and absolutely crushes Swift’s naysayers. She addresses sexism in the media and explores the picture painted of her versus the reality. She mocks her media persona in ‘Blank Space‘. She brushes off the hate with ‘Shake it Off.‘ She rises above all of the vitriol with sales:1,287,000 the first week alone, debuting at number 1 on the Billboard chart and becoming the best-selling album in 2014.  Swift is also the first artist to have three albums sell a million or more copies in a week. And she’s only 25.

More important than the album’s performance though, is what Swift herself is saying. Her thoughts on feminism have changed as she has grown:

“As a teenager, I didn’t understand that saying you’re a feminist is just saying that you hope women and men will have equal rights and equal opportunities. What it seemed to me, the way it was phrased in culture, society, was that you hate men. And now, I think a lot of girls have had a feminist awakening because they understand what the word means. For so long it’s been made to seem like something where you’d picket against the opposite sex, whereas it’s not about that at all. (Growing up) has made me realize that I’ve been taking a feminist stance without actually saying so.” (Source)

“I wish when I was 12 years old, I’d been able to watch a video of my favorite actress explaining in such an intellectual, beautiful, poignant way the definition of feminism,” Swift said about the power of Emma Watson’s speech. “I would have understood it and earlier on in my life would have proudly claimed that I was a feminist, because I would have understood what the word means…. It simply means you believe women and men should have equal rights and opportunities.” (Source)

Swift has grown, learned, changed, all in the public eye. She has, in a graceful and inspiring manner, admitted that her previous beliefs were incorrect. This alone is impressive. Even better, Swift has embraced her new understanding of feminism and become an incredibly important symbol for women around the world.

I applaud her. I think she has done amazing things her entire career but this personal growth is what has won my heart. I have changed as well Taylor- I regret that I belittled her ‘merely’ writing about boys and love, that I bought into the media hype that painted her as one-dimensional and discredited  how hard Swift works overall. I am embracing becoming a Taylor Swift fan and I hope you do, too.