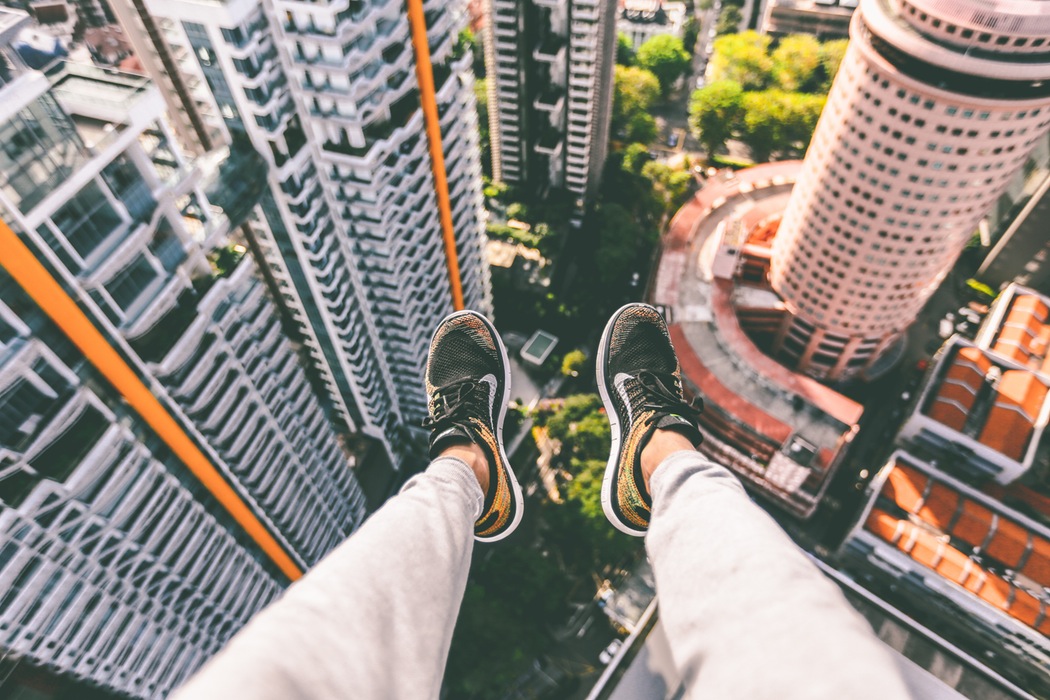 Way back in June, after I had paid off all my student loan debt and was riding high, I came up with a financial plan for the rest of the year. I wanted to save for my road trip in early September, another road trip in October and max out my IRA all before the end of the year. Longer term I also wanted to beef up my emergency fund by April 2016.

I’ve been taking a big hard look at my life and I’ve decided to change up my timeline a little. There are some new plans I’m trying to set in motion for myself and it means a shift in my financial priorities for the next year.

Something to know about me is that I love planning. I really do. I like coming up with an idea and then working out the nitty-gritty of it. So after becoming debt free the first thing I did was make a plan for the rest of the year. These were my initial goals:

Things have changed and so too must my goals. I plan on leaving Austin next year. I like this city but it’s not my forever place. I’m feeling an itch to go and explore for a bit and then settle down someplace new. I want to leave around this time next year, so that means I have to start a moving fund. Add it to the list!

Before I move to another city I want to do some long term traveling. Ideally I would be abroad for 6 weeks. I’m beginning to put together a plan for 6-7 weeks in Europe. I want to spend some time next fall along the Mediterranean. I’ve been to Europe twice but only a few countries in the north. I would love to spend some time that beautiful sea! Of course that means I need to start a travel fund specifically for that. It has to be separate from my other vacation funds. Add it to the list!

I also don’t think my vacation with my best friend is going to happen. While I know we’d both love it we both have other financial priorities. She is also planning moving and a lot sooner than I am. So let’s drop that from the list.

Of course, throughout the rest of the year and next year I will be maxing out my IRA. If I do spend some time abroad in the fall (and that’s what I’m working towards) I need to max it out before I leave the country. That means coming up with $5,500 in the first half of the year.

These are some ambitious goals for my income level. I have to make some compromises. I don’t want to be in a position of robbing Peter to pay Paul in my accounts so I have to make sure that each account I’m setting up can support itself. I’ve decided to increase my emergency fund to $4,000 instead of $5,000 and move that $1,000 to my international travel fund.

Here are my new financial goals-

I’ve been doing some calculations and if I can fit these savings into this last part of the year it’ll significantly decrease the burden on me for next year’s goals. The international travel fund is a long term goal, as I eventually want that number to be $5,000.

I anticipate a small pay bump from the non profit but it’ll be tiny, probably about $2,000 annually. Other than that there will be no increases in pay to look forward to. I had a banner year this year in that regard and I think next year is really more of a maintenance year in terms of pay levels.

I’ve already squared away the $500 for my vacation in a few weeks. So that leaves me with $5,400 left to go this year. It’s daunting to think about, considering that’s basically 3 months income for me. However, since becoming debt free in June I’ve added $800 to my emergency fund and invested $2,000 into my IRA. I’ve saved $3,100 in two months. That’s all really good stuff and I’m proud of it! Having already done that makes me think that I can in fact come up with the remaining $5,400 this year. It will be a stretch, as I have some bi-annual payments to make in the next two months that are a sizable amount, but I feel pretty confident I can do it.

I don’t have monthly goals for saving. I’ve just put myself into permanent savings mode and looked to minimize spending in every area of my life. That way I can shovel as much as possible towards these goals and not come into the mindset of ‘Oh I hit my $500 goal, I can spend this other $50 on whatever’. That’s not my preferred method of saving. I’m of the Frugalwoods mindset, where they just exist on frugal autopilot.

That’s my new plan for 2015. I have also set goals for the first eight months of 2016 (I love plans remember?) but that post will be forthcoming later this week!

11 Replies to “A New Timeline For My Financial Goals, Part One”